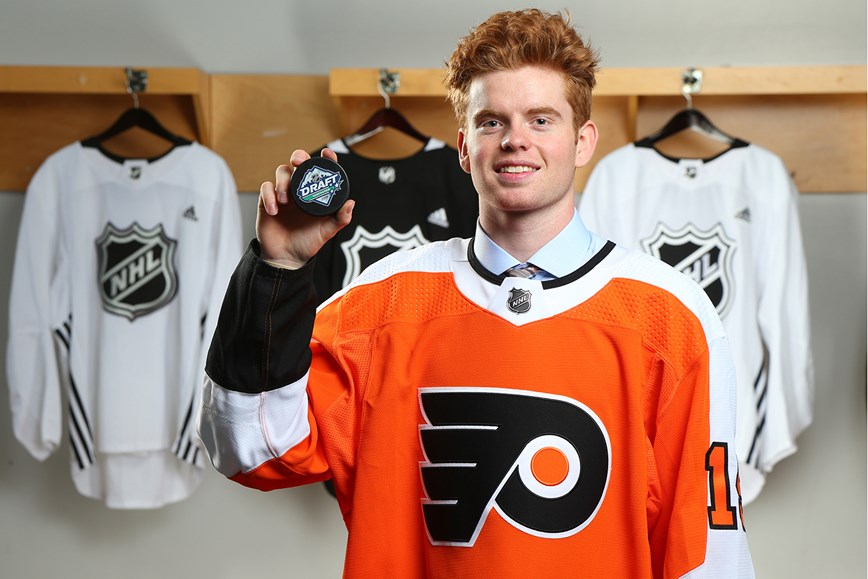 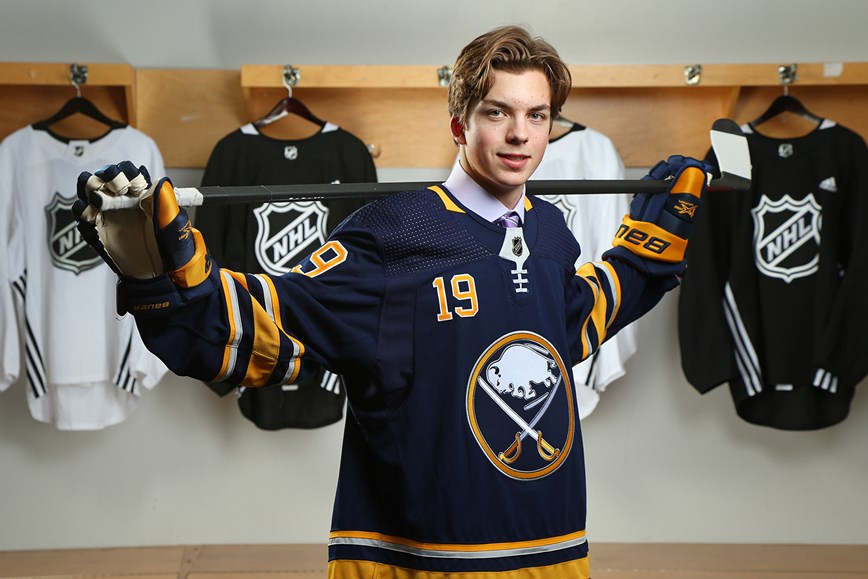 Congratulations to former Jr. Ducks Cam York and Ryan Johnson on being drafted in the first round of the 2019 NHL Entry Draft on Friday, June 21.

York was drafted 14th overall by the Philadelphia Flyers following his first season with the U.S. National Team Development Program where he led all defensemen by averaging over a point per-game with 65 points (14g-51a) in 63 games. York is committed to the University of Michigan.

Johnson was drafted 31st overall by the Buffalo Sabres, becoming the 11th American drafted in the first round of this year's draft. Johnson is committed to the University of Minnesota.

Click the buttons below to read more about each of them!